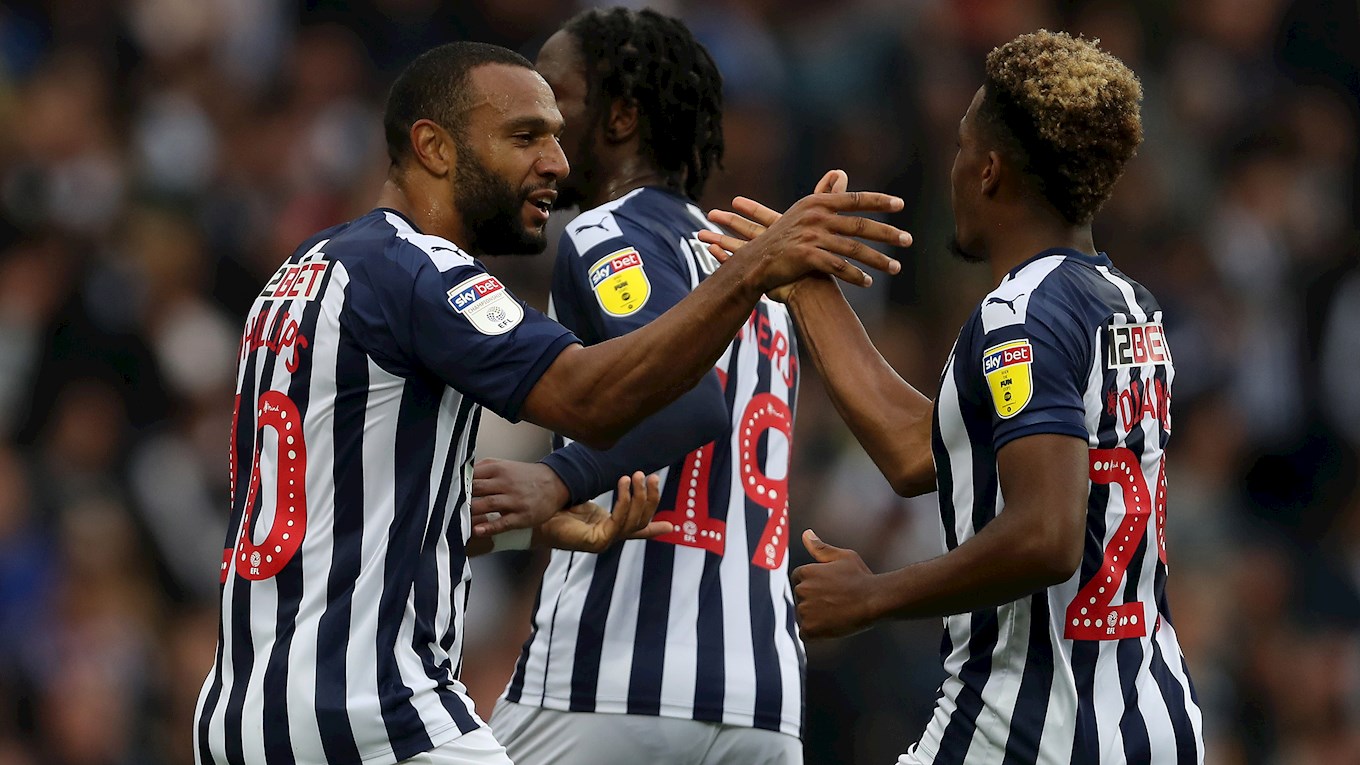 Slaven Bilić’s Baggies will look for an eighth home game without defeat when they hunt for a win against Sheffield Wednesday at The Hawthorns on Saturday (ko 3pm).

In their most recent game the Owls were denied an impressive home victory by a late, late goal.

Andre Ayew put Swansea ahead, but Fernando Forestieri levelled for the home side late on.

However, the Owls looked to have scored the winner when Morgan Fox struck in stoppage time only for Ben Wilmot to salvage a draw for the Swans right at the death.

Garry Monk helped Swansea City rise from the basement of the EFL to become a Premier League side as a player over the space of a decade, and it was at the Liberty Stadium where he made his name as a manager.

Appointed in February 2014, Monk guided the Swans to safety and the round of 32 in the Europa League in his maiden season in charge before his 12-year affiliation with the club ended the following season with Swansea in 15th place in the Premier League.

Spells with Leeds United, Middlesbrough and Birmingham City followed for Monk before he took the Sheffield Wednesday job in September.

Steven Fletcher has netted five goals in 15 Sky Bet Championship appearances for the Owls this season.

A Scottish international, he has played more than 30 games for his country and has hit double figures in two of his last three seasons for Wednesday.

After spells with Hibernian, Burnley, Wolverhampton Wanderers, Sunderland and Marseille he moved to Hillsborough in the summer of 2016 and has been there since.

The most recent clash between the Baggies and the Owls was at The Hawthorns last December.

The visitors took the lead in the early stages through Atdhe Nuhiu and gained a further advantage when Jay Rodriguez was sent off just after the hour mark.

However, a late Chris Brunt strike ensured Albion’s ten men were rewarded for their persistence.

•The Baggies have lost just one of their 16 league games this season.

•Albion are the second-highest scorers in the Championship, firing in 29 goals, while Preston North End have hit the back of the net 31 times.

•Bilić’s team are one of just two sides to be unbeaten at home in the Championship this season; Preston North End are the only other second-tier club yet to lose on home turf.

• Sheffield Wednesday arrive at The Hawthorns having won two of their last seven games.

• In 13 of Wednesday's 16 league games this season there has been three goals or less scored.

Kyle Bartley put in an impressive display at the heart of Albion's defence against Hull City, helping the Baggies to keep consecutive clean sheets for the first time this season after the 2-0 win at Stoke.

The powerful centre-half has formed a sturdy partnership with Semi Ajayi during this campaign which has been key to the Throstles' impressive form.

Actual footage of Albion in training this week.

Some of the link-up play under #SuperSlav be like:

The referee for Saturday’s fixture will be Tony Harrington, and he’ll be assisted by Mark Dwyer and Michael George - with Leigh Doughty acting as the fourth official.

This isn’t the first time the Baggies have had Harrington as a referee this season; he officiated for Albion’s 3-2 victory against Blackburn Rovers at The Hawthorns in August.

The Hawthorns is set to be sold out on Saturday as Slaven Bilić's football continues to attract the Albion faithful.

The Baggies' table-topping form has captivated the crowds both home and away, and with just a few hundred tickets on sale, Saturday is set to be a sell-out.

Supporters are urged to act quickly to avoid disappointment. Purchase online using the E-ticket option to avoid queues and also the £1.25 per ticket booking fee.

Tickets also remain available at the East Stand ticket office or by calling 0121 227 2227.

Comprehensive coverage of the clash with the Owls is available in our Match Centre, where you can listen to live commentary on WBA Radio or follow our live text feed.