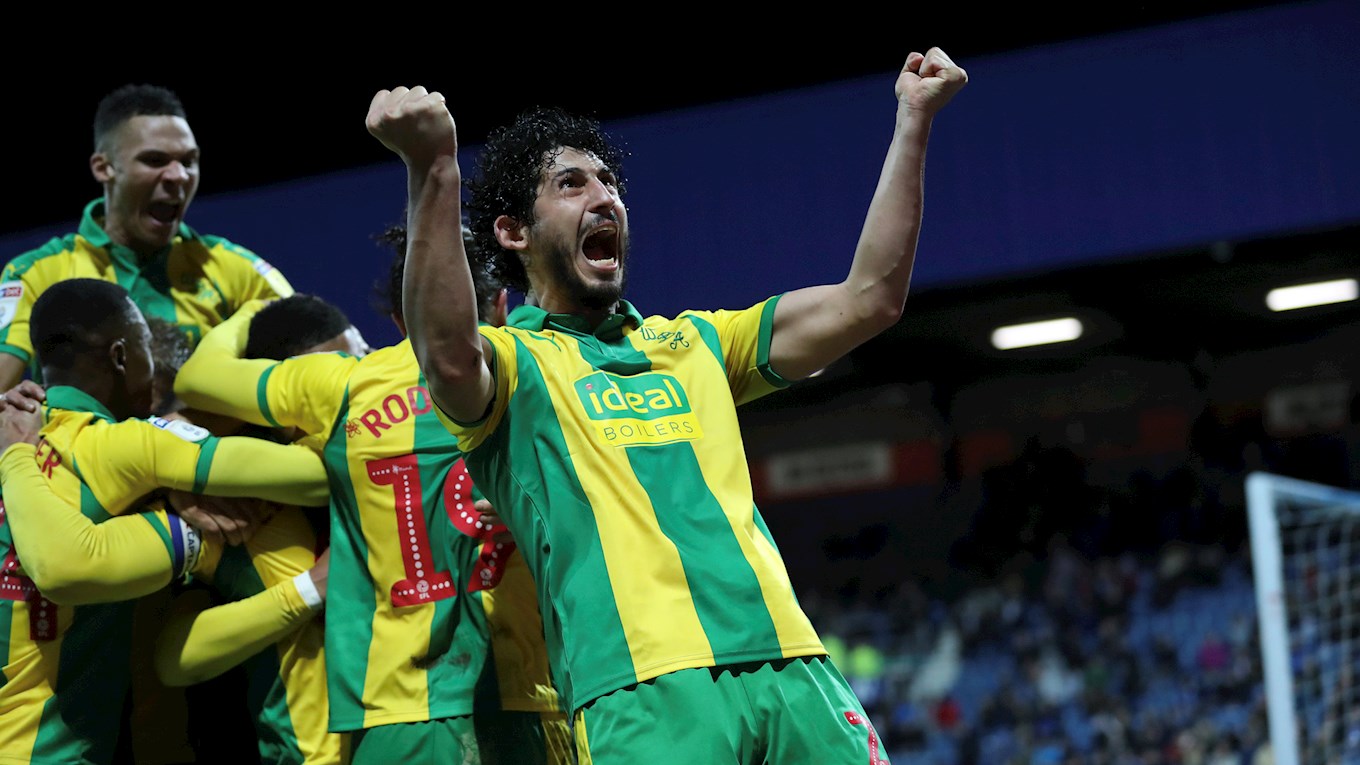 Albion play their third Sky Bet Championship game in a week when they travel to Brentford’s Griffin Park on Saturday (ko 3pm).

The opposition
Brentford are managed by Thomas Frank, who took over in October 2018 following the departure of Dean Smith. Frank had been Brentford's assistant manager since 2016 after a stint managing Brøndby IF.
The Bees are currently 14th in the table having won 13, drawn 10 and lost 13 of their 36 games so far this season.
Last time out
Our last meeting was a 1-1 draw at The Hawthorns in December.
Albion had managed to break the deadlock in a tight encounter with just over 10 minutes to play as Harvey Barnes fired home, but Lewis MacLeod snatched a point for the Bees right at the death. Stats
Albion
• Jay Rodriguez bagged his 18th goal of the season in his 80th Baggies appearance against Swansea City this week. The striker is now just one short of 30 for the Club since his arrival in July 2017
• Thanks in part to some Sam Johnstone heroics, Albion recorded their 10th clean sheet of the season across all competitions on Wednesday night
• Despite defeat at Leeds just under a fortnight ago the Baggies have won eight of their last 10 fixtures away from home
Opposition
• Brentford came out on top the last time these two sides met at Griffin Park - a 3-0 triumph way back in August 1998
• The Bees were beaten 2-0 at Sheffield United in their last outing
• Frank's side have a remarkable recent home record, winning their last seven matches in all competitions at Griffin Park
From the archive
Here are the highlights from Albion’s 2-1 victory at Brentford in October 1991.
Kwame Ampadu and Don Goodman scored the goals for the Baggies.
Head to head
Albion are clear leaders in the head-to-head record.
Of the 17 matches that have been played, the Baggies have won 11 of them, whilst Brentford have won three and the other three have ended in draws.
Man in the middle
The referee for Saturday’s match is Andrew Madley, and he’ll be assisted by Dean Treleaven and Matt Foley - with Lee Venamore as the fourth official.
Madley has refereed Albion once this season, officiating the 1-1 draw at Birmingham City in September.
Ticket news
Tickets for Albion's trip to Brentford is SOLD OUT with more than 1,600 fans heading to London to support the Baggies.
Follow the game
Comprehensive coverage of the clash with the Bees is available in our Match Centre, where you can listen to live commentary on WBA Radio or follow our live text feed.
WBA Radio is the only service that allows Baggies fans around the world - from Smethwick to the Sahara - access to uninterrupted live commentaries from every one of our competitive games. iFollow subscribers can join Gez Mulholland for Baggies-biased live commentary on Saturday.
International supporters who have an iFollow subscription may be able to live stream the game depending on where they are located around the world. To find out, click here.