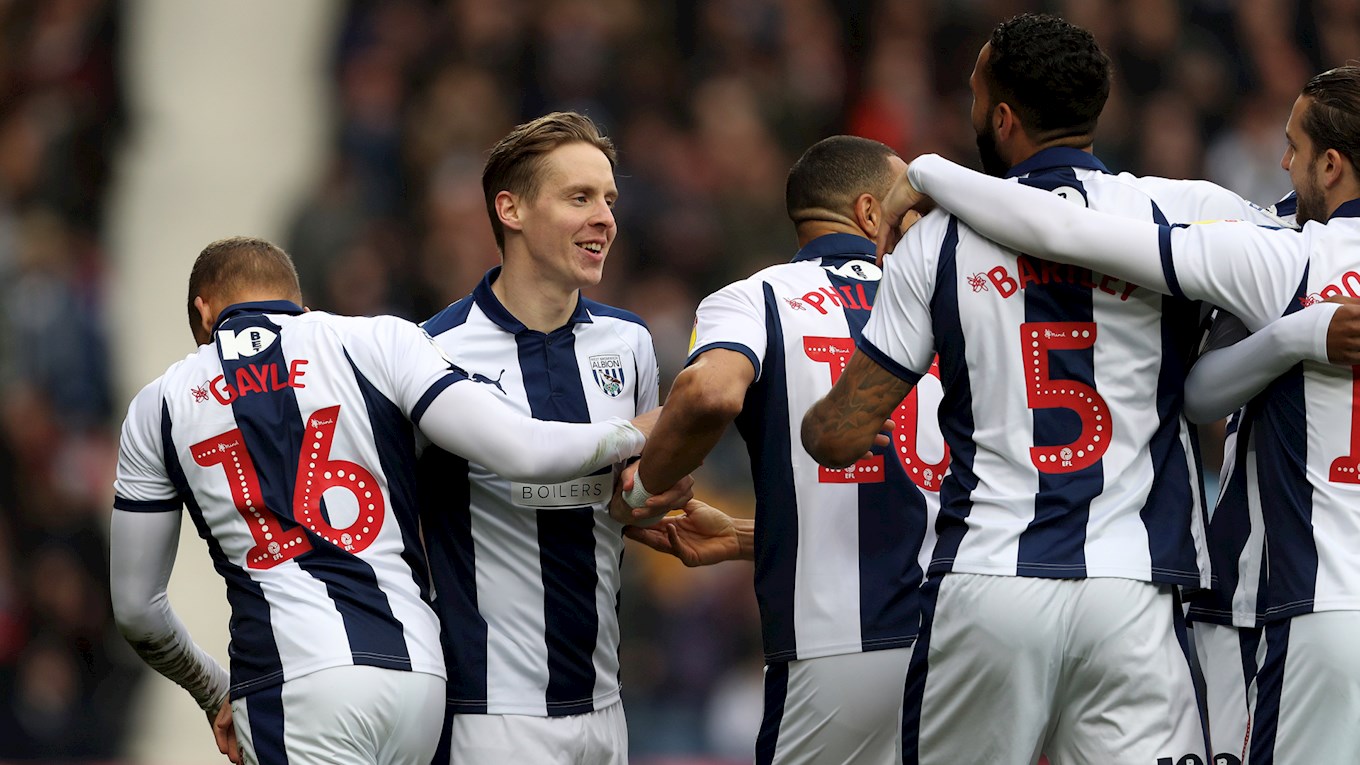 Albion will play Swansea City on Wednesday night at The Hawthorns in the Sky Bet Championship (ko 8pm).

The opposition
Swansea City are managed by Graham Potter, who took over in June 2018.
The Swans currently sit in 15th place in the league, having won 13, drawn eight and lost 14 of their 35 league games.
Last time out
Our last meeting with Swansea was in November, with two Albion defenders scoring for the Baggies to secure a 2-1 win.
Despite Oli McBurnie firing the Swans into an early lead, Craig Dawson and Ahmed Hegazi put the Baggies into the lead at half-time - which Albion held onto after the break to seal the points. Stats
Albion
• The Baggies have scored the second highest amount of goals in the league, with 68. Norwich have scored the most, with 72.
• Albion have not lost a game to a side in the bottom half of the table since losing to Blackburn Rovers on New Year's Day, and have only lost to three of the current bottom 12 all season.
• Albion have been successful at home against the Swans recently. Swansea haven't won in their last four visits to The Hawthorns, losing twice and drawing twice.
Opposition
• The Swans have picked up just three points from their last four league games.
• Swansea have scored just five goals in their last six league games.
• Potter's side have only beaten two of the top 12 this season, beating Sheffield United twice and Preston North End once.
From the archive
Here are the highlights from Albion’s 3-1 win against the Swans in December 2016, as Salomon Rondon scored a second-half hattrick of headers for the Baggies, which was enough to win all three points despite a late Wayne Routledge goal.
Head to head
Swansea come out on top in the head-to-head record.
Of the 42 matches that have been played, the Baggies have won on 15 occasions, there have been nine draws and 18 wins for Swansea.
Man in the middle
The referee for Saturday’s match is Scott Duncan and he’ll be assisted by Adam Matthews and Steven Meredith - with Lee Swabey as the fourth official.
Scott Duncan has refereed Albion once this season, in a 1-1 draw between the Baggies and Blackburn Rovers at The Hawthorns back in October.
Ticket news
Tickets are on still on general sale for the game.

Follow the game
Comprehensive coverage of the clash with the Swans is available in our Match Centre, where you can listen to live commentary on WBA Radio or follow our live text feed.
WBA Radio is the only service that allows Baggies fans around the world - from Smethwick to the Sahara - access to uninterrupted live commentaries from every one of our competitive games. iFollow subscribers can join Gez Mulholland and former Albion player Andy Johnson for Baggies-biased live commentary on Wednesday.
International supporters who have an iFollow subscription may be able to live stream the game depending on where they are located around the world. To find out, click here.