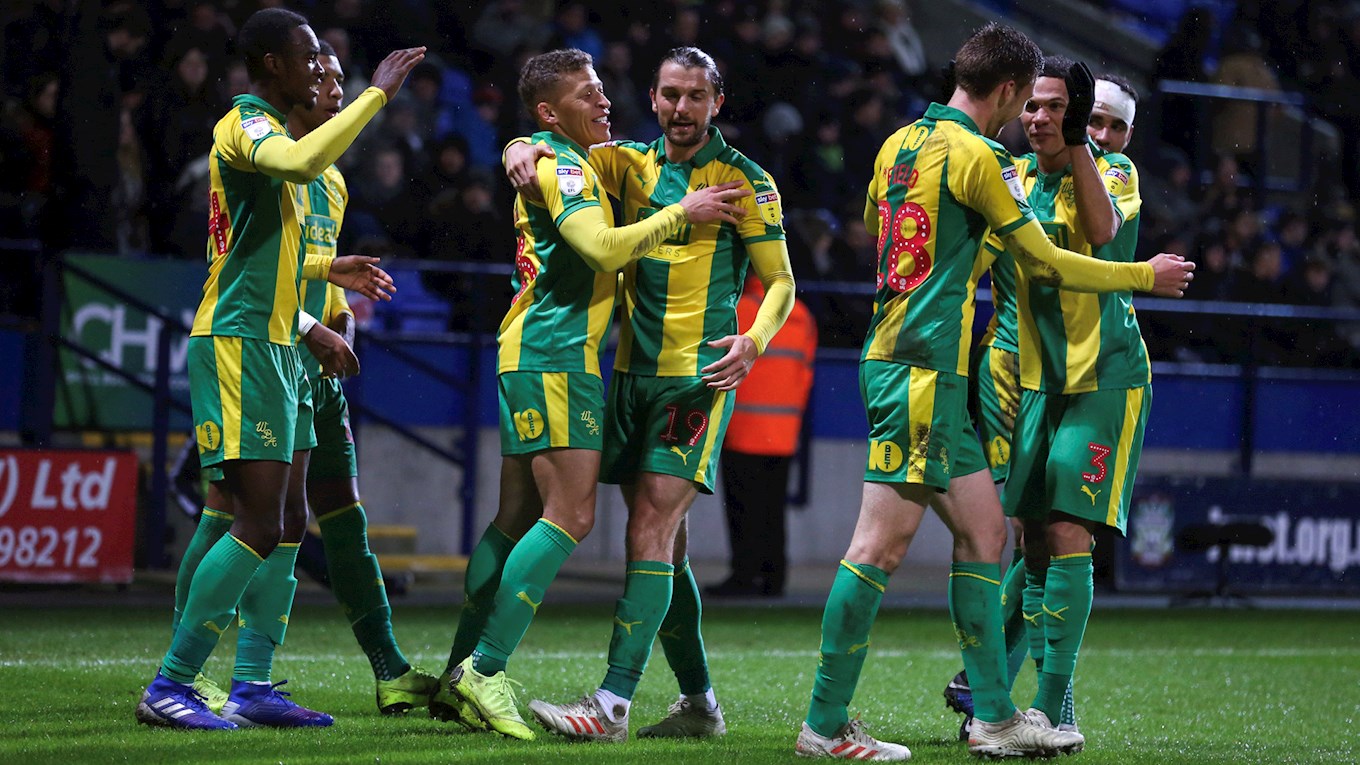 Albion can make it eight away victories out of nine in the Sky Bet Championship as they head to Loftus Road to face Queens Park Rangers on Tuesday, February 19 (ko 7.45pm).

Queens Park Rangers sit in 18th place in the Sky Bet Championship. They are managed by Steve McClaren, who took charge in May 2018.

The Rs are currently struggling for form, picking up one point from their last seven league games.

Our last meeting was in August, as Albion convincingly ran out 7-1 winners at The Hawthorns.

The scores were level at half-time, with Matt Phillips breaking the deadlock for Albion only for Joel Lynch to equalise five minutes later.

However, the Baggies were rampant in the second half. Phillips grabbed a second, Jay Rodriguez scored a double while Kieran Gibbs, Dwight Gayle and Hal Robson-Kanu all contributed to the scoresheet. • The Baggies have won seven of their last eight away games.
• Albion have kept four consecutive clean sheets in their last four away games in all competitions.
• Of the clubs in the division to have had one manager this season, Albion have used the most players, with 29 featuring for the Baggies in this campaign.

• The Rs have lost their last five league games.
• QPR have won seven of their 15 home league games this season.
• Last time out, QPR lost 1-0 to Watford in their FA Cup fifth-round tie at Loftus Road on Friday night.

Here are the highlights from Albion's Boxing Day win at Loftus Road in December 2012.

Chris Brunt put the Baggies ahead before Djibril Cisse levelled the scoring for the Rs. However, Albion would find a winner as Rob Green fumbled a loose ball into the back of the net.

Of the 45 matches that have been played, the Baggies have triumphed 19 times, there have been 10 draws and QPR have won on 16 occasions.

The referee is John Brooks, who has refereed one Albion game this season as the Baggies lost 1-0 to Middlesbrough.

He will be assisted by Adam Crysell and Sam Lewis, with Tim Robinson as the fourth official.

Albion have been given an allocation of 1,850 for the encounter.

Comprehensive coverage of the clash with the Rs is available in our Match Centre, where you can listen to live commentary on WBA Radio or follow our live text feed.

WBA Radio is the only service that allows Baggies fans around the world - from Smethwick to the Sahara - access to uninterrupted live commentaries from every one of our competitive games. iFollow subscribers can join Gez Mulholland and Dave Bowler for Baggies-biased live commentary.

The fixture is also available to stream worldwide through iFollow, accessed online for £10 in the UK and the Republic of Ireland, and £5 elsewhere. To find out more, click here.