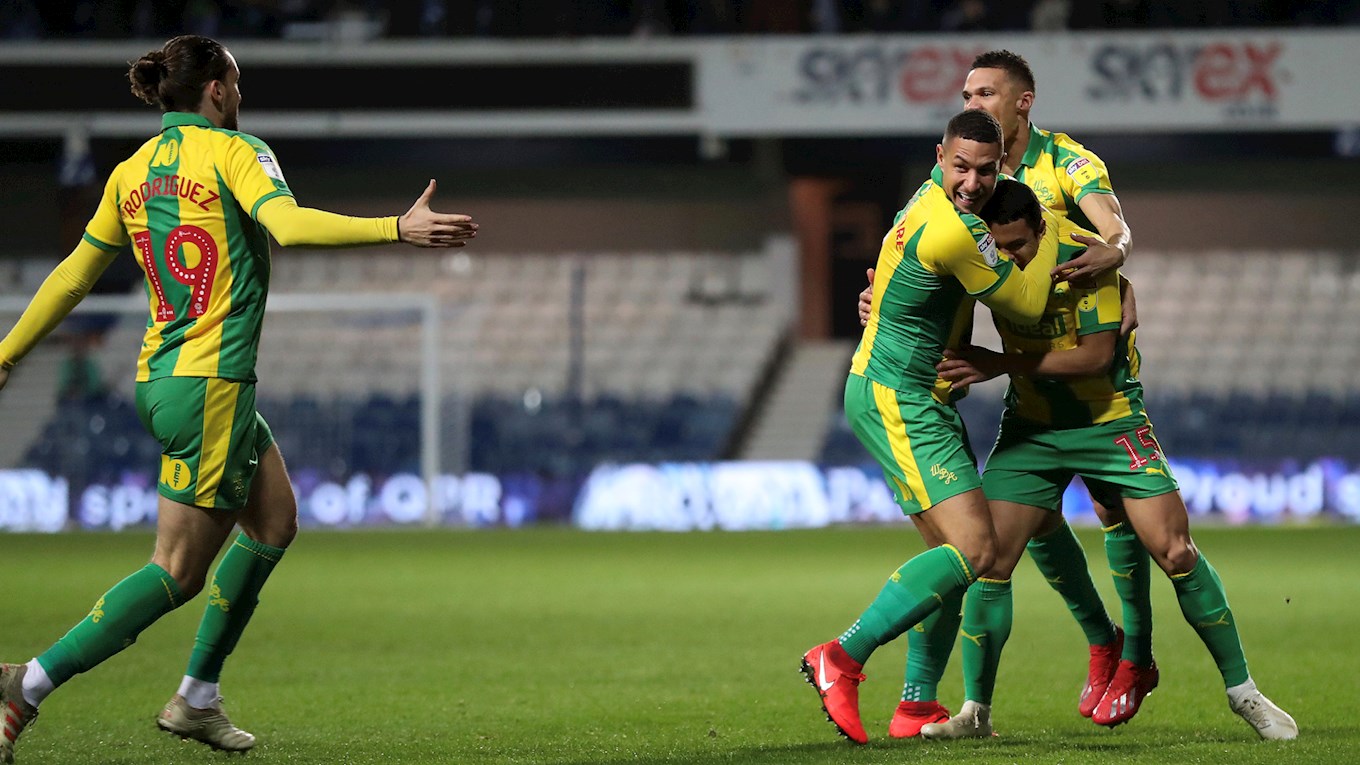 Albion will have the chance to move one point behind Leeds United when they take on Marcelo Bielsa's side at Elland Road on Friday night (ko 7.45pm).

The opposition
Leeds United are managed by Marcelo Bielsa, who took over as their boss in June, 2018.
His Leeds side currently sit in third place and come into this game on the back of a 1-0 loss against Queens Park Rangers at Loftus Road - which had they won, would have moved them to top of the Sky Bet Championship.
Last time out
Our last meeting was a successful day for the Baggies, as a dominant second-half display made light work of the visitors, with Albion winning 4-1.
Hal Robson-Kanu scored Albion’s first, with Matt Phillips, Harvey Barnes and Dwight Gayle each grabbing a goal to stretch the advantage, meaning that Pablo Hernandez’s late goal for Leeds counted for little. • The Baggies have the best away record in the division, winning 10, drawing three and losing four on their travels. Darren Moore's side have won eight of their last nine games in the league away from home.

• Albion last failed to score on the road in the league against Hull City on November 3, 2018, meaning the Baggies have scored in their last nine on road.

• Albion have scored three or more goals in their last four games against Leeds.
Opposition
• Leeds have the joint-best home record in the division, winning 11 of their 17 games, drawing three and losing three. Their only defeats have come against Norwich City, Hull City and Birmingham City.
• Leeds have not beaten Albion at Elland Road since November, 1988.
• Bielsa's side have lost two of their last five games.
From the archive
Here are the highlights from Albion’s 3-2 win at Elland Road in January 2007 as the Baggies continued their march to become champions.
Tore Andre Flo had put the hosts ahead, but Jonathan Greening equalised and then Diomansy Kamara scored a double for the Baggies before the half-time whistle.
Alan Thompson scored for Leeds in the second-half, but Albion held on for a 3-2 victory on the road.
Head to head
Leeds edge ahead of Albion very narrowly in the head-to-head record.
Of the 85 matches that have been played, the Baggies have triumphed 33 times, there have been 18 draws and Leeds have won one more time than Albion - on 34 occasions.
Man in the middle
The referee for Saturday’s match is Tim Robinson, and he’ll be assisted by Ian Cooper and Matthew McGrath - with Geoff Eltringham as the fourth official.
Tim has refereed two Albion games at The Hawthorns this season, officiating for a 2-0 win for the Baggies against Millwall, and a 3-2 victory for Middlesbrough at the start of February.
Ticket news

There are limited tickets available for Albion's trip to Elland Road.

You will need to be on our database for us to sell you a ticket.

Tickets will not be available on the day of the game. Supporters are advised not to travel if they do not have a ticket.

Comprehensive coverage of the clash with the Blades is available in our Match Centre, where you can listen to live commentary on WBA Radio or follow our live text feed.

WBA Radio is the only service that allows Baggies fans around the world - from Smethwick to the Sahara - access to uninterrupted live commentaries from every one of our competitive games. iFollow subscribers can join Gez Mulholland and former Albion player Andy Johnson, for a Baggies-biased live commentary on Saturday.

In order to ensure a speedy and safe entry into the ground, we would respectfully ask fans not to bring any bags to the stadium. This fixture is a sell out for the whole stadium, so please do not travel unless you have a ticket

Leeds United operates a full search regime including dogs, for the safety of spectators coming to the ground, and we would ask that you arrive early to ensure everyone is in before kickoff.

There will be a dedicated away fans bar (Howards) open from 1700, in the ground, selling food and drinks, including alcohol.

Leeds United has committed to the Chairmans’ Charter and as such anyone found with a pyrotechnic in the ground or attempting to bring one into the ground will be arrested and their details returned to West Bromwich Albion Football Club. This could result in a 3 year ban.

Albion fans are encouraged to come and support their team and enjoy the game.