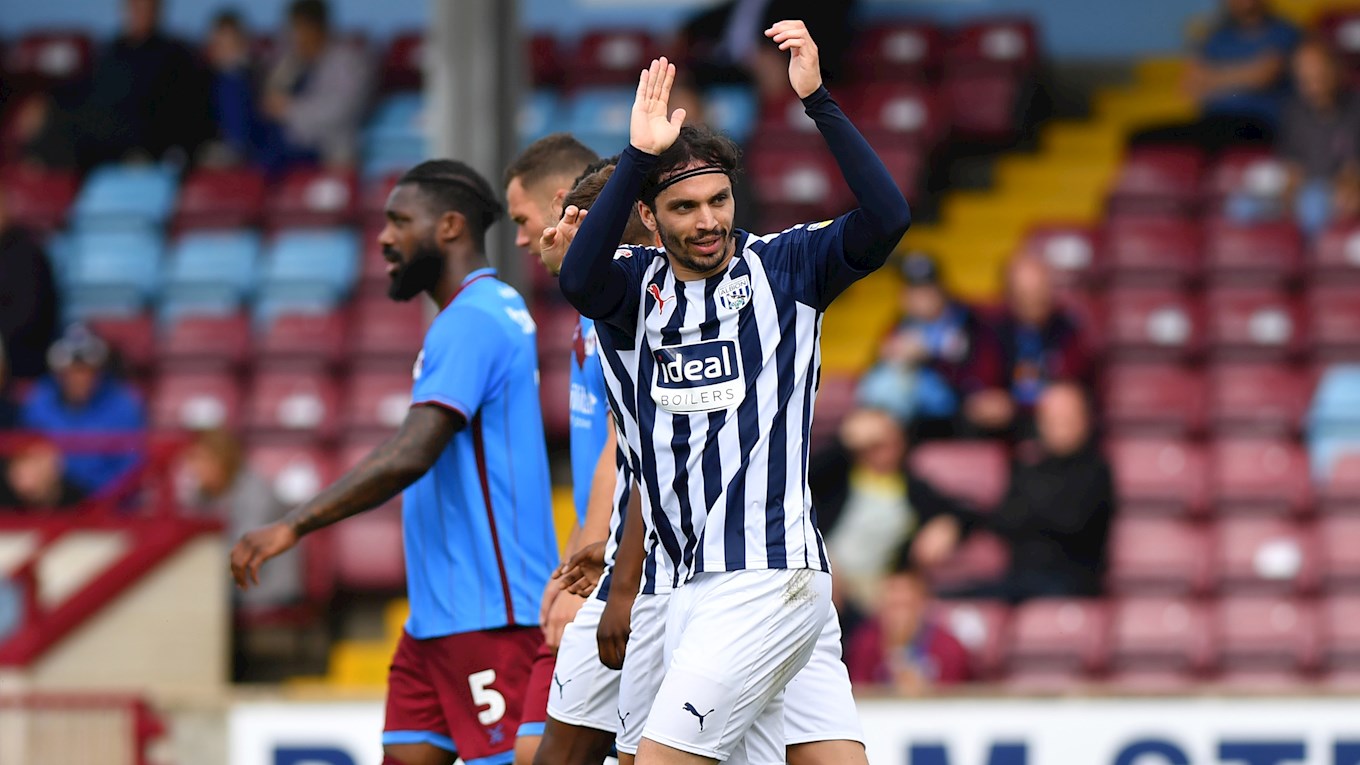 Slaven Bilić takes charge of his first competitive Albion game as they open the 2019/20 campaign with a trip to face Nottingham Forest at the City Ground on Saturday (ko 5.30pm).

In their final pre-season game Forest had victory snatched away from them in the dying moments to draw 2-2 with Real Sociedad.

Joe Worrall fired the Reds ahead before Roberto Lopez equalised for the visitors. Lewis Grabban put the hosts in front once more but was cancelled out late on by Nais Djouahra.

Forest are managed by Sabri Lamouchi, who took over at the City Ground at the end of June following Martin O’Neill's dismissal.

Lamouchi’s appointment means they have been managed by three people in the space of a year, with Aitor Karanka in charge 12 months ago.

A summer signing at the City Ground after two years at AFC Bournemouth, Lewis has scored over 100 league goals in nearly 300 appearances for 12 clubs.

Jay Rodriguez scored late to earn Albion a 2-2 Sky Bet Championship draw in our last meeting with Nottingham Forest at The Hawthorns in February.

The visitors capitalised on a misplaced pass to register a sixth-minute lead as Ryan Yates converted from close range, though Stefan Johansen was unfortunate to get the final touch and credited with an own goal.

Jacob Murphy levelled for the Baggies in the 54th minute before Yates again put the away side ahead, but Rodriguez converted a last-gasp penalty to grab an important share of the spoils.

Let's go back 16 years to 2003 when Albion recorded a comfortable 3-0 victory at the City Ground thanks to a Jason Koumas double and an own goal by Matthieu Louis-Jean...

Filip Krovinović arrived at The Hawthorns this summer, joining from Benfica on a season-long loan.

Slaven Bilić's first signing as Baggies boss poked home a low finish after linking up with Oliver Burke in Scunthorpe, also whipping a corner into the near post for Dara O'Shea to head home at Rotherham United and earning positive reviews in the goalless draw against Bournemouth.

The referee for Saturday’s match is Darren England, and he’ll be assisted by Nick Greenhalgh and Philip Dermott - with Oliver Langford as the fourth official.
England refereed Albion four times last season, including the Baggies' last visit to the City Ground.
Ticket news

Tickets for Albion's 2,000 seat allocation at the City Ground SOLD OUT after just three days of sales.

Thank you, as always, for your wonderful support!

Comprehensive coverage of the clash with Forest is available in our Match Centre, where you can listen to live commentary on WBA Radio or follow our live text feed.