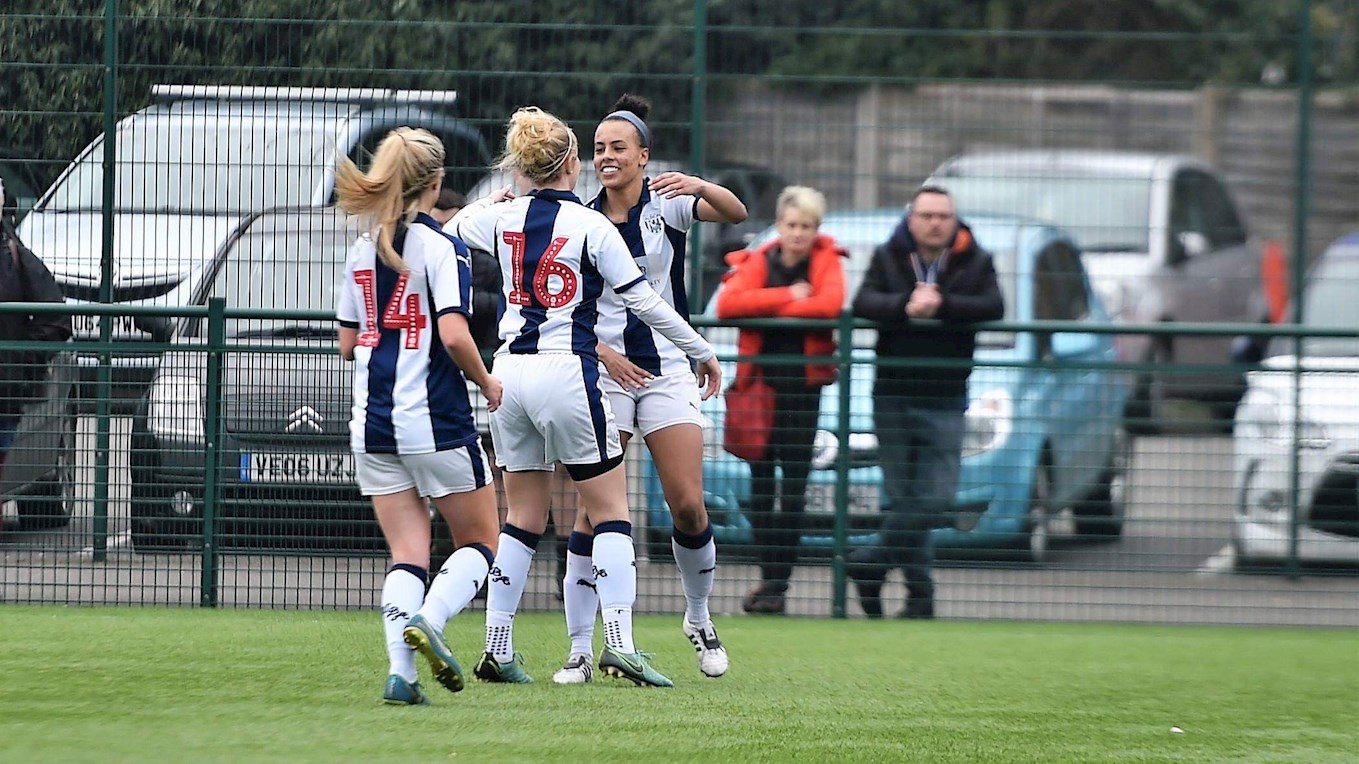 Albion moved within a point of automatic promotion by emphatically winning 5-0 away at fourth-placed Bedworth United Ladies.

Only one promotion place is available from the FA Women’s National League Division One Midlands and Louis Sowe’s side are currently nine points clear at the top of the table with just three games remaining.

It was Albion’s 17th league win from 17 games thanks to a brace from Captain Hannah George along with goals from Lauren Price, Natalie Murray and Gabbie Reid.

Yet it took the Baggies until the 38th minute to break the deadlock when Reid tapped home a delicious cross from Keeley Davies before the hosts were reduced to ten players moments later.

After the break Albion’s dominance continued with substitute Price firing home from close-range before George found the net directly from a corner.

The goal of the game went to Murray who, after producing a scintillating run from the half-way line, hit a rocket past the keeper before George sealed the rout for the Baggies with a sweet right-footed finish.