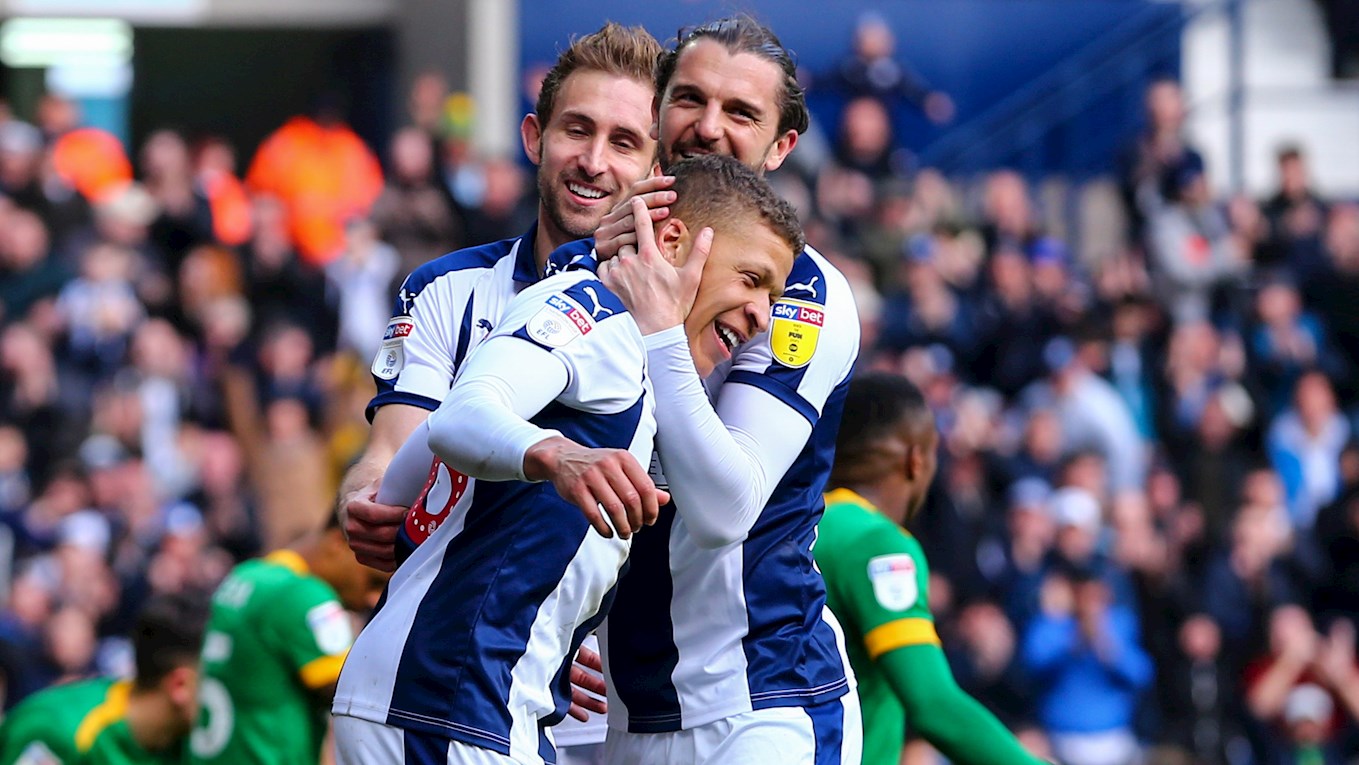 Albion will take on Hull City at The Hawthorns in their penultimate Sky Bet Championship home fixture of the season (ko 3pm).

The opposition
Hull City are managed by Nigel Adkins, and under his guidance they are currently in 9th place in the table and have won 17, drawn 9 and lost 16 of their 42 games this season.
The top goalscorer for the Tigers is Jarrod Bowen, who has bagged 21 goals this season.
The Tigers signed former Albion defender Liam Ridgewell in January after he left Portland Timbers.
Last time out
Our last meeting with Hull ended in defeat for the Baggies, as the Tigers came out as 1-0 winners back in November, with Fraizer Campbell scoring the only goal of the game for the hosts in the first half.
The last time that the Tigers visited The Hawthorns, Albion ran out 3-1 winners. Hull had taken the lead through Robert Snodgrass, but Chris Brunt, Gareth McAuley and James Morrison all scored for the Baggies to secure a fourth consecutive home victory against Hull for Albion. Stats
Albion
• The Baggies have won their last three home games in the Sky Bet Championship under Jimmy Shan, scoring 10 times.
• Albion's attacking duo of Dwight Gayle and Jay Rodriguez have scored 42 goals - the best record of an attacking pairing in the league between them, scoring 21 times each.
• Of the last six games between Albion and the Tigers, the Throstles have won three times, drawn twice and lost once.
Opposition
• The Tigers have kept just one clean sheet in their last seven games.
• Hull City have won just one of their last nine games away from home.
• Jarrod Bowen scored in eight consecutive home games for the Tigers earlier this season, breaking a club record set by Bill Bradbury in the 1958-59 season.
From the archive
Here are the highlights from Albion’s 2-0 win against Hull in August 2006, courtesy of a John Hartson double.
Hartson’s first came just before the hour mark and he completed his brace at the death to secure the points.
Head to head
Albion narrowly beat Hull in the head-to-head record.
Of the 55 matches that have been played, the Baggies have won 20 times, there have been 16 draws and Hull have won on 19 occasions.
Man in the middle
The referee for Saturday’s match is Peter Bankes, and he’ll be assisted by Timothy Wood and Dean Treleaven - with Lee Collins as the fourth official.
Peter Bankes has refereed Albion once this season, officiating for the Baggies' 3-0 loss to Crystal Palace in the league cup last September.
Ticket news
Tickets are on general sale and can be bought by clicking here.
Prices
Tickets can be purchased online, in person from the East Stand Ticket Office or by calling 0121 227 2227.
Follow the game
Comprehensive coverage of the clash with the Tigers is available in our Match Centre, where you can listen to live commentary on WBA Radio or follow our live text feed.

International supporters who have an iFollow subscription may be able to live stream the game depending on where they are located around the world. To find out, click here.
This fixture will not be available to stream in the United Kingdom.