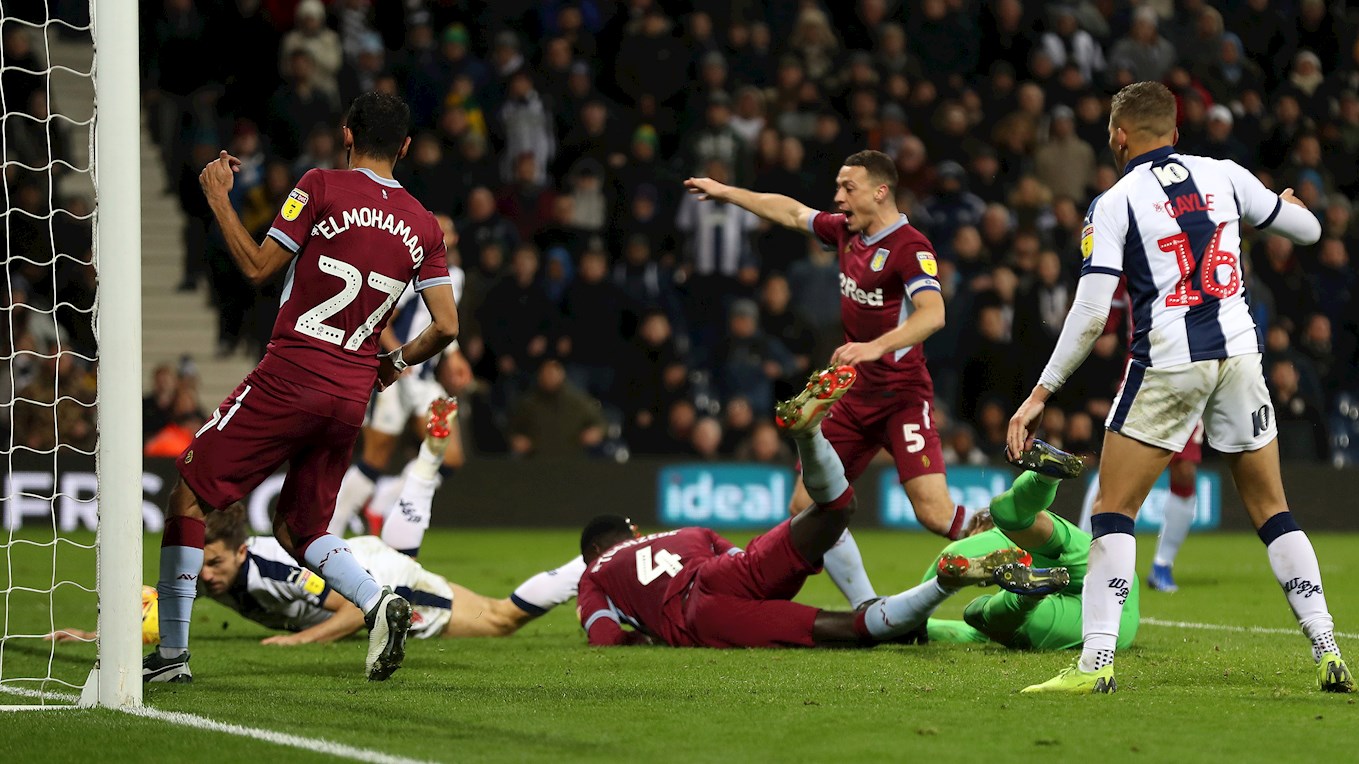 ALBION twice fought back from a goal down to rescue a point against Aston Villa in a pulsating West Midlands derby at The Hawthorns.

Anwar El Ghazi's deflected long-range effort handed the visitors a 12th-minute lead which was cancelled out by Dwight Gayle's 10th goal of the season following a flowing counter-attack, ensuring it was all square at the interval.

El Ghazi's second strike from distance just before the hour mark nudged Villa ahead once more, before Jay Rodriguez bundled in a 90th-minute equaliser to earn a share of the spoils. The draw, in the first meeting between the two sides for almost three years, means Albion's unbeaten run stretches to five games.

Amid a fervent atmosphere in front of the biggest home attendance of the season, 26,513, Matt Phillips whistled the first effort of the game narrowly wide from distance, although it was Villa who took the lead shortly afterwards.

El Ghazi tried his luck from the edge of the penalty area and his effort took two deflections, the second of which off an unfortunate Hegazi to wrong-foot Sam Johnstone.

The Baggies goalkeeper got down well to deny Tammy Abraham before the hosts levelled in the 28th minute.

Phillips intercepted a Villa attack and his long clearance sent Harvey Barnes into a race with Alan Hutton down the left, from which the Albion man came out with the ball and sent a delightful deep cross for Gayle to volley home. Johnstone, who spent last season with the visitors, saved again from Abraham before McGinn rattled a post from distance before the break.

Gayle headed a good opening over the crossbar within minutes of the restart before Barnes was denied by Hutton as the home side started on the front foot.

Yet it was Villa who regained the lead in the 59th minute when El Ghazi sent a 20-yard strike into the top corner.

Abraham spurned a glorious chance to add to the advantage when unmarked four yards out, before heading another opening off target shortly after.

Moore turned to Chris Brunt and Oliver Burke off the bench, with Gayle testing Orjan Nyland from the side of the area.

As the game entered the final throes, Moore's men finally found an equaliser though Rodriguez. Matt Phillips' cross was turned home by the frontman from close-range, sparking fantastic scenes of celebration in front of the Birmingham Road End.