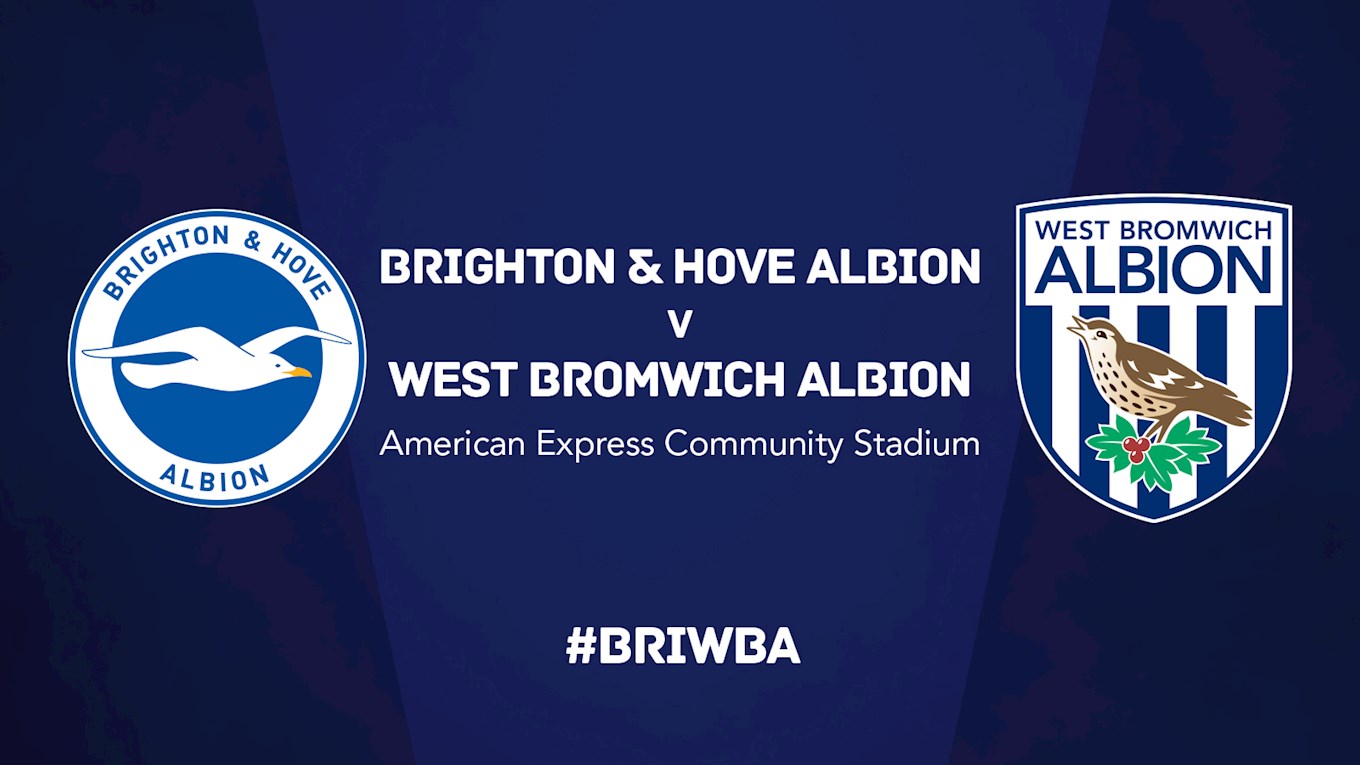 UNBEATEN in the Premier League, through to the next round of the Carabao Cup and now preparing for a trip to Brighton. Here's everything you need to know as the Baggies ready themselves for their first visit to the Amex Stadium.

Brighton and Hove Albion won promotion to the Premier League for the first time under manager Chris Hughton last season.

After losing 2-0 to Manchester City on the opening day of the season and going down at Leicester by the same scoreline a week later, the Seagulls recorded their first point of the campaign with a 0-0 draw at Watford before the international break.

It was a busy summer transfer window down on the South Coast as Brighton brought in a whole host of new signings, including the likes of Ezequiel Schelotto, Matthew Ryan, Jose Izquierdo and Davy Propper.

The last competitive meeting between the two sides was back in April 1993 when the Baggies recorded a 3-1 win over Brighton in a Division Two game at The Hawthorns. Here’s the story of our last meeting with Brighton.

The overall head to head record makes great reading for Baggies fans. There have been a total of 20 games between the two teams since the first meeting back in 1976. Albion have won nine, lost four and drawn seven.

Tickets are sold out for our first ever visit to the Amex Stadium. Albion will be backed by a following 2,550 - thank you for your fantastic support!

A guide for visiting supporters can be found here.

Comprehensive coverage of the clash with Brighton is available in our new Match Centre, where you can listen to free live commentary on WBA Radio or follow our live text feed.