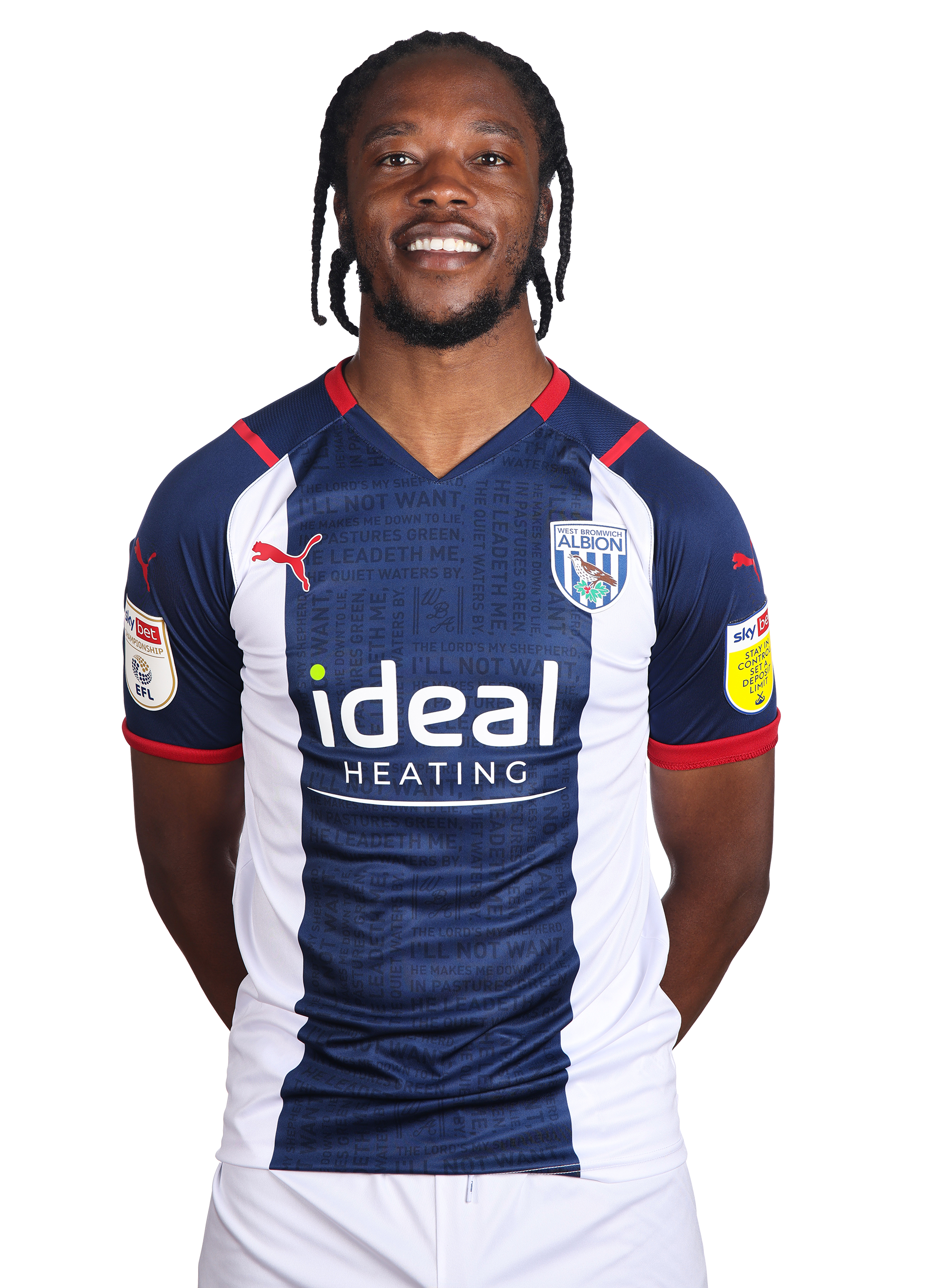 Romaine is currently on loan at Sky Bet Championship side Stoke City for the 2021/22 season.

After six years away from The Hawthorns, Romaine Sawyers returned to the Club he started his career and earned his maiden professional deal with in July 2019.

Romaine made 19 Premier League appearances during his first campaign of top-flight football with his boyhood club.

The 27-year-old, who left B71 aged 21, progressed through Albion’s Academy and had loan spells at Port Vale, Shrewsbury Town and Walsall but was unable to break into the first team while contracted to the then-Premier League Baggies.

Following his release in 2013, Birmingham-born Sawyers decided to stay local and joined one of his former temporary sides - signing for the Saddlers with boss at the time Dean Smith citing huge potential in the versatile midfielder.

More than 150 appearances across all competitions ensued during three years in the third tier at Walsall, where he netted a total of 19 goals and helped them to a Football League Trophy final as well as a third-placed finish in his final season.

That successful challenge saw him named in the 2015/16 League One PFA Team of the Year and after his contract at the Banks’s Stadium expired that summer, Romaine earned a move to the Championship with Brentford.

The St Kitts and Nevis international, who captains his country and to date has earned 26 caps, wasn’t phased by the step-up and excelled in west London.

He was at the heart of the Bees team for a trio of consecutive campaigns, playing 135 times as they consistently secured top-half finishes.