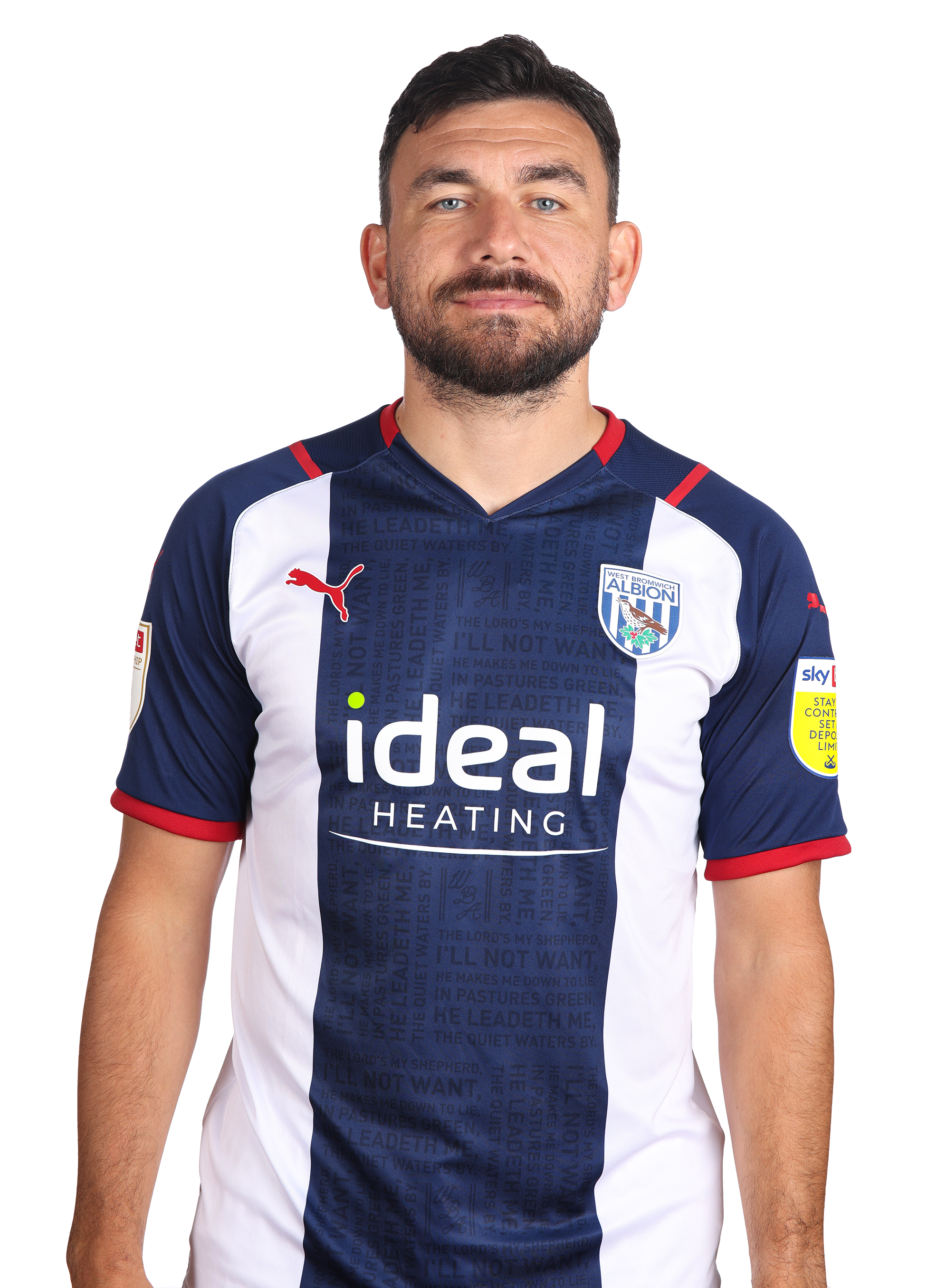 The midfielder began life as a Baggie with an important contribution in Albion's 3-2 Black Country derby win against Wolves in January 2021. But a back injury he sustained towards the end of the 2020/21 campaign prompted an early end to his first season with Albion. Snodgrass underwent a successful operation to address the injury ahead of the 2021/22 season.

The technically-gifted and experienced winger, who is capable of playing either side of the pitch, penned an 18-month contract having joined from West Ham United for an undisclosed fee.

Snodgrass has previously represented seven football clubs across two countries, playing close to 600 games and scoring over 100 professional goals. He also won 28 caps for Scotland between 2011-19, scoring seven times including a hat-trick away to Malta in a FIFA World Cup Qualifier in 2016.

The 33-year-old Glaswegian started his career in his homeland at Livingston. Snodgrass, who came through the same youth set up as former Baggies favourite Graham Dorrans, made his senior debut for Livi just four days after his 17th birthday, coming on as a second-half substitute in a 2-0 home defeat to Kilmarnock in the SPL in September 2004.

Snodgrass produced impressive performances for both Livingston and Stirling Albion, with whom he spent the latter part of 2006/07 on loan at, during his time north of the border, and those displays earned him a move to Leeds United in July 2008.

He helped Leeds finish inside the top six in League One in his first season at Elland Road, before playing an instrumental role in their automatic promotion to the Championship the following season, scoring 10 goals and bagging 14 assists.

Snodgrass’ performances for the Whites were enough to attract the attention of the Scotland national team. He went on to score his first goal for his country in August 2011 in a 2-1 friendly win over Denmark at Hampden Park.

After four years with Leeds, Norwich City and the Premier League came calling in July 2012 with Snodgrass signing a three-year deal at Carrow Road. He played 37 games in his first season at the club, narrowly missing out on Norwich’s Supporters’ Player of the Season award.

The winger would go on to spend another season with the Canaries before signing for Hull City in the summer of 2014. It wasn’t the start he would have hoped for though at the KCOM Stadium. Snodgrass suffered a knee injury in August 2014 and wouldn’t feature again for the Tigers in the senior side until December, 2015.

But Snodgrass would soon return to a level where his performances attracted attention and praise, and it wasn’t long before he was on the move once more.

He put pen to paper on a three-and-a-half-year deal at West Ham in January 2017, just weeks after scoring at The Hawthorns in a 3-1 defeat for Hull.

Snodgrass was allowed to leave the London Stadium on loan at the start of the 2017/18 campaign and the Scotsman joined Aston Villa. He made 43 appearances in the Championship as Villa missed out on promotion to the Premier League after losing 1-0 to Fulham in the Play-Off final at Wembley.

The technical midfielder played important roles in the Hammers side during the 2018/19 and 2019/20 campaigns, but found opportunities limited in the first half of the 2020/21 season before moving to The Baggies.