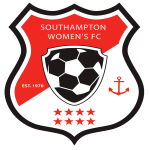 Highlights from Albion Women's 3-1 loss to Southampton Women's in the Women's FA Cup.

Albion Women were knocked out of the Women’s FA Cup following a 3-1 loss at Southampton Women’s FC.

Trina Greaves scored a consolation for the Baggies but two goals from Erin Bloomfield and one from Jane Yeates sealed the tie for the hosts.

Albion started the better side with Natalie Murray and the returning Jade Arber both coming close during the opening 25 minutes.

However, on 34 minutes the home side took the lead through Bloomfield, who latched onto a through ball and slotted past Vanessa Kinnerley.

Keeley Davies then came close to drawing the sides level, but her shot from distance was well saved by Rose Kite in the Southampton goal, who denied the visitors on a number of occasions.

Kite then kept the home side ahead again in the second half as she was quick out to deny Arber from close range in the 57th minute.

Just after the hour mark the hosts were awarded a penalty after Bloomfield was felled by Ria Elsmore.

The striker then converted the spot kick to get her and Southampton’s second.

The advantage then became three on the 70th minute, Kinnerley let slip a cross from the right with Yeates tapping in.

Albion got a goal back 15 minutes from time, Greaves poking home from close range after a scramble from a corner.

Louis Sowe’s side pushed during the closing stages of the game but couldn’t find the Southampton net again.

Attention now turns to the Birmingham County Cup with a trip to Solihull Sporting on Sunday, January 12.