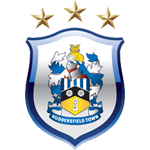 Albion fought back from a goal down to record a 2-1 win at home to Huddersfield Town Ladies in the FA Women's Premier League Northern Division on Sunday.

The Baggies picked up their first home victory of the season to make it two wins from their last two games.

Louis Sowe's side were still brimming with confidence after midweek and almost broke the deadlock when Antonia Smith's 25-yard set-piece clipped the top of the bar.

Yet it was the visitors who opened the scoring when Danby found space down the left before tucking the ball past Gardner to setup a frantic last five minutes of the first half.

Albion responded immediately to level proceedings when Smith's clever ball over the top found substitute Mitchell, who with her first touch nipped around keeper Kenyon before slotting home.

And the Baggies struck again right on the stroke of half time when Antonia Smith curled a 20-yard free-kick into the top left hand corner for her first Albion goal since signing in the summer.

After the break, Burton saw a goal disallowed for offside, while Gardner superbly tipped an Evans long-range effort onto the bar.

Despite plenty of late pressure from the visitors, it was Albion that held on for the three points.

"We were superb again today, they are a great group and an absolute pleasure to work with," said Baggies boss Louis.

"The girls showed real character to hit straight back after going behind and I thought we defended really well against a very good side."