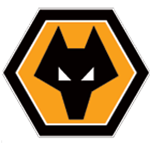 ALBION suffered a 2-1 defeat at home to Wolves Women in the FA Women's Premier League Northern Division on Tuesday evening.

Jennifer Kikomeko's first goal for the club was not enough to salvage a point for the Baggies.

Albion started brightly when Brodie Vincze tested Sophie Glenny from distance, but the Wolves keeper was equal to it.

Yet it was the visitors who drew first blood in the 20th minute when Anna Price capitalised on a loose ball inside the box to fire an 18-yard shot into the bottom corner.

Both sides hit the woodwork in a frantic first half as Albion began to take control. Smith's curling set-piece was cleared off the line before the Baggies had a goal disallowed when Wolves keeper Glenny was adjudged to have been fouled while dropping the ball into the net.

Wolves doubled their advantage right on the stroke of half time when Billie Haynes executed a perfect 45-yard chip over Lucy Gardner after a clearance had fallen to the midfielder.

Albion pulled a goal back in the 74th minute to set up a tense finish when substitute Kikomeko pounced inside the box to flick a header into the far corner. But despite Bacciochi's thunderous effort thumping the outside of the post, the Baggies failed to find a late equaliser.