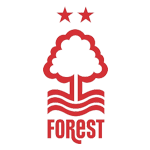 Albion were knocked out of the FA Women's Premier League Cup in the first round after suffering a 5-0 defeat away to Nottingham Forest Ladies.

A young Baggies side fielding seven changes from last weekend's draw with Derby started the game brightly forcing former stopper Bec Thomas into a couple of fine saves early on.

Stamps' powerful low drive was well held by the Forest keeper before Burton's close-range toe-poke was tipped behind by Thomas as Albion kept up the pressure.

Yet it was the hosts who struck twice in the final five minutes of the first-half to turn the game on its head.

Niki Emery's cooly taken finish from a Natasha Hudson slide rule pass put Forest ahead before Hudson turned from provider to scorer slotting home after being played through by Holmes.

Trina Greaves made it 3-0 in the 48th minute firing into the roof of the net from close-range.

Albion fell further behind with twenty minutes remaining when Samantha Conroy was on hand to thump the ball past Hollie Nelson following a mad scramble inside the six-yard box.

And the Baggies miserable day was complete in the final minute when Niki Emery collected her brace after finding space to fire into the bottom corner.