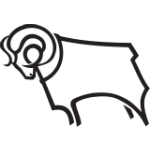 ALBION were pegged back to a 1-1 draw away at Derby County Ladies in the FA Women's Premier League Northern Division on Sunday.

The result means the Baggies have now taken seven points from their last four games.

Nicole Dale had the ball in the net for Albion early on, but was flagged offside before Lucy Gardner pulled off a fine save to deny Andi Bell who had been put clean through on goal.

After a goalless first half which saw very few chances, up popped Sophie Hull to put Albion ahead in the 58th minute steering home a floated left-wing corner from Dale after the ball had fallen to the Skipper on the edge of the box.

Yet the lead lasted just eleven minutes when Karagh Tait's curling free-kick from 30-yards evaded everybody to sneak into the bottom corner.

Both sides pushed for a winner, but failed to create any clear-cut opportunities meaning Albion held on for a deserved share of the spoils.

"To take a point at Derby just shows how far we have progressed since the start of the season.

"Apart from the goal, our back five were superb and we looked dangerous on the counter attack."